At Kehoe-France, students can choose from a variety of sports, giving them the freedom to pursue multiple athletic interests.

Our students don’t have to choose between academic success and sports achievement—KF Pioneers can be great students and great athletes.

The Kehoe-France athletics program strives to provide students in 4th through 7th grade the opportunity to participate in team sports, both through intramural and league play, competing against other schools. Alongside sports practices and athletic competitions, we also offer the finest swimming lessons in Metairie.

The sports program at Kehoe-France helps students improve their motor skills, encourages better health through physical fitness, and develops self-discipline and an understanding of the value of teamwork. We believe that the best instruction is combined with wholesome recreation that enables the development of a well-trained mind, a healthy body, and appropriate social values. 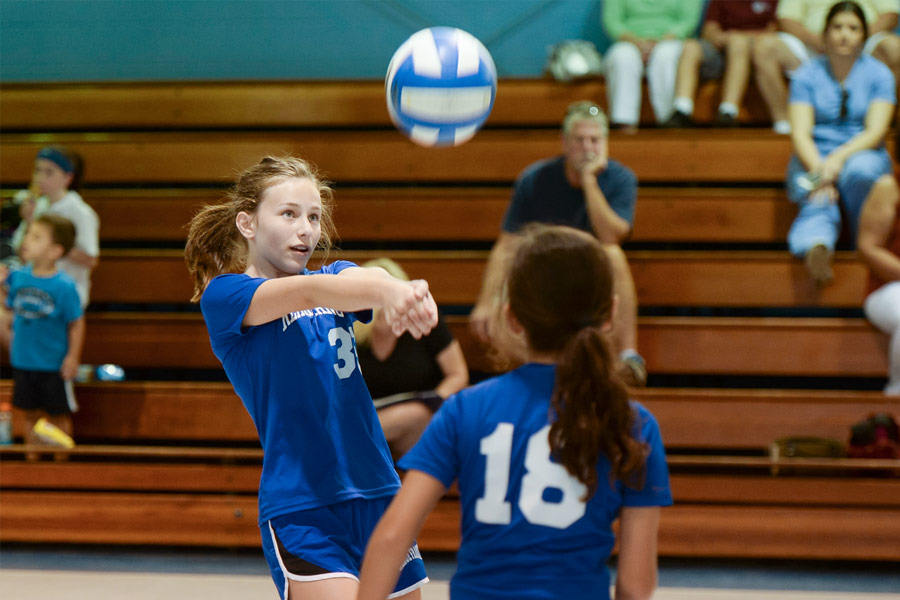 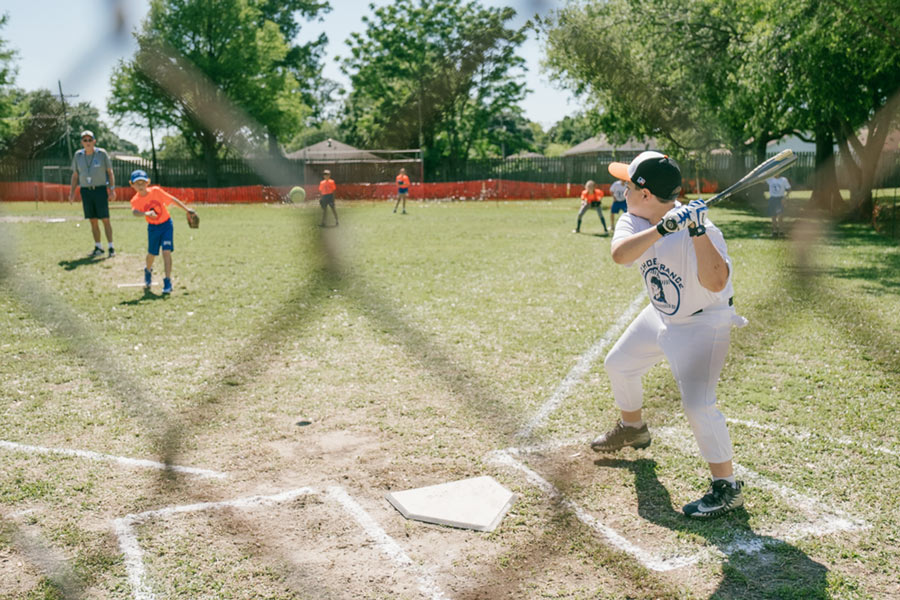 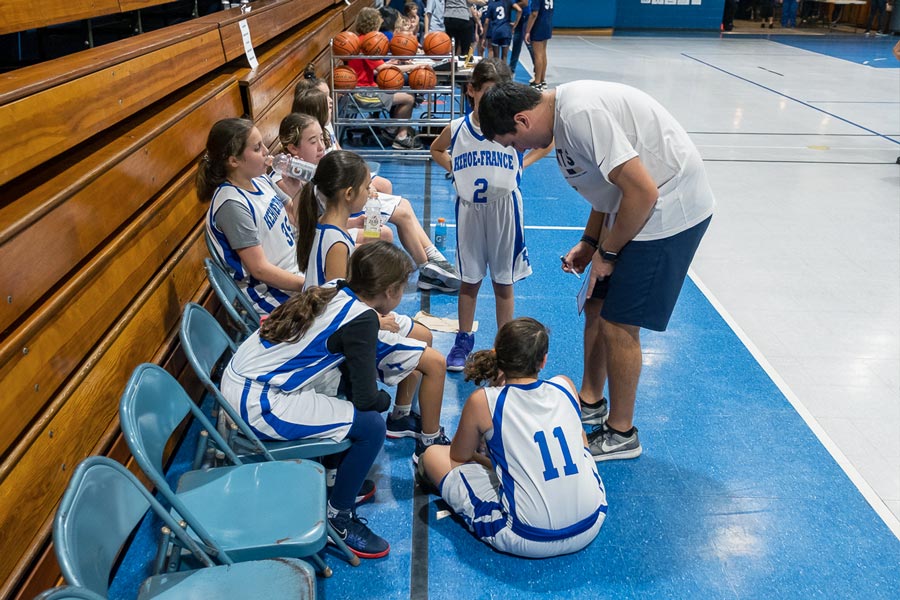 The boys basketball program is open to boys from grades 4th through 7th. The team starts practicing in mid-October with the all-night party for the team, family and friends called Midnight Madness. At midnight we have a blue Gatorade toast to start the season, followed by an all night lock-in. The season runs from after Thanksgiving through the beginning of February with 2-3 practices a week and a schedule of 12-16 games. We teach the game from beginning fundamentals to an up-tempo type of offense, with an emphasis on team play and maximum effort at all times. It is a huge commitment to be in the program, but with that also comes success in many ways besides just winning games. The season concludes with a three-hour party which includes the awesome father-son basketball game.
Cross Country 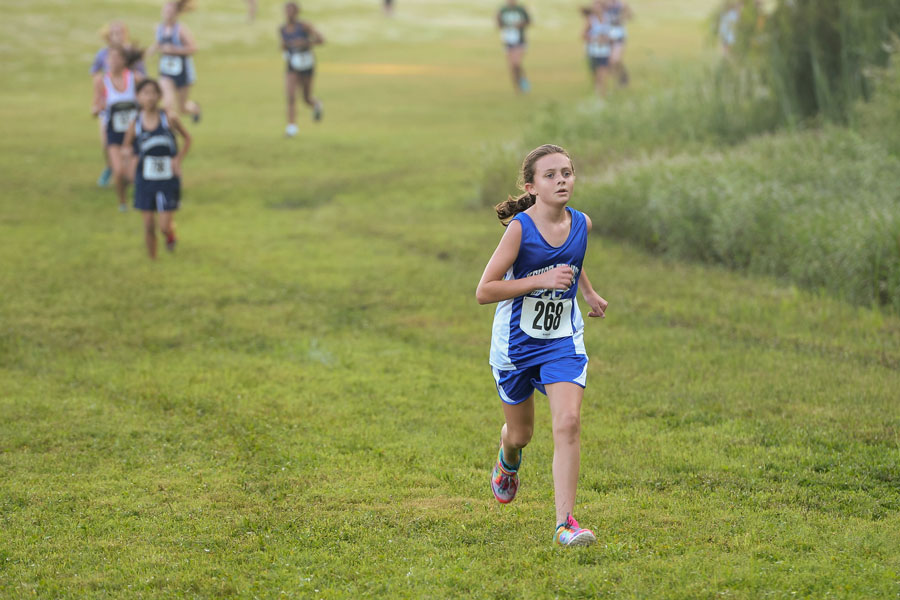 The Kehoe-France School Interscholastic Cross-Country Team forms in August at the beginning of the academic year and continues through late October or early November each year. This sport is open to all 3rd through 7th-grade students. Students are required to follow rules during training, practice, and competition, but this is an open sport for all qualified students. While many individual awards and top team honors have been achieved since forming in 2009, the primary focus in this sport has been on preparation and improvement through training. Training includes vigorous physical fitness activity along with distance running, sprinting, and other fun activities designed to improve run distance abilities, teamwork, and overall physical fitness. Discussions of diet and fluid intake while involved in this sport remain a focus throughout the season. The competitive aspect of this sport is NOT co-ed, however, as team, girls and boys train together two to three days a week.
Swimming 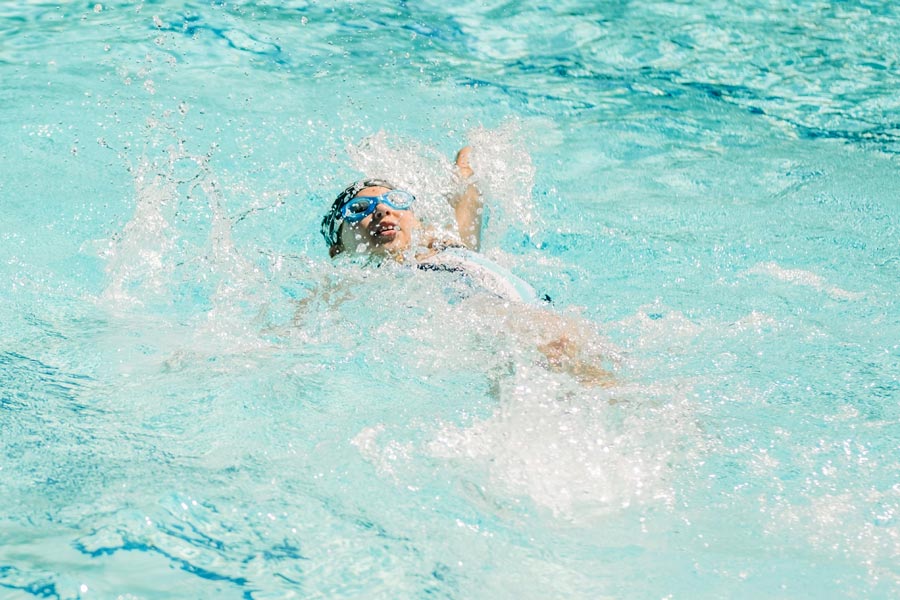 The Kehoe-France swim team is open to all fourth through seventh-grade students. The swim team has a long and successful history of swimming, dating back to the early years of our school. Under Coach Kevin France the team won eight league titles in a row. The championship meet is named in his honor. Our girls won the League championship and our boys came in second place in 2016. Swimmers can be beginners or competitive swimmers, our coaches will work with anyone who tries out for the team. There are no cuts from the swim team. The season starts in August with practice usually three to four days a week. Some practices are scheduled before school hours and some are in the afternoon. Our team swims in meets usually on Saturday mornings with the Kevin France Metro League Championship at UNO usually the second Saturday in October.
Volleyball

Volleyball is an all-girls interscholastic sport that has only been played at Kehoe-France since 2010. Our interscholastic team consists of two separate teams: A Junior Varsity Team and a Senior Varsity Team. Students in fourth grade through sixth grade may try out for the Junior Varsity team, and students in sixth and seventh grades may try out for the Senior Varsity team. The season lasts approximately two months beginning at the end of August and finishing just before Halloween. Within this sport, communication, self-esteem, and leadership are extremely valuable. With proper on-court communication can the team set up winning plays. During our pre-season training, we focus on having the players develop good technique and fundamentals with all skills, (bumping, setting, and spiking), focusing especially on serving. Our season finishes with a three-day tournament where each team must win a certain number of games in order to be determined the Metro-League winner. This past year, we finished our Senior Varsity season with an impressive 10-3 record and Junior Varsity with an 11-2 record.

Kehoe-France baseball has been a very successful program. Boys from 4th-7th grade compete against other private Elementary schools in the Greater New Orleans area.

Our season runs from April to May and it’s a great warmup for a summer of baseball. Our coaches work hard every year to teach the game, which has led to many successful winning seasons.

Competing as a new albeit formidable team, Kehoe-France’s Bowling Team competed in the Metro League Bowling Championships in the spring of 2019 and earned a first-place finish in one of the three main heats before ultimately placing fourth place overall out of more than twelve competing teams.

This was a remarkable accomplishment considering the fact that the team was virtually all brand new to the sport of Bowling, but Pioneers are risk-takers, and they have paved the way for future teams who are sure to have just as much success!

Softball is an all-girls interscholastic sport that has only been played at Kehoe-France since 2013. Our interscholastic team consists of one large team of girls from fourth grade through seventh grade.

The season lasts approximately two months from mid-March to mid-May. Practices are held two days a week after school. During pre-season preparation, a great deal of time is spent on fundamentals and working together. Most of our fundamental skill training is spent focusing on good hand-eye coordination (catching and pitching), hitting, fielding, base running, and conditioning. Team camaraderie and communication are vital for proper field play.

The season finishes with a week-long tournament where each team must triumph over a number of opponents in order to be named the winner of the Metro-League.

In the Spring of 2016, we ended a fantastic season as runner-up in the Metro-League. 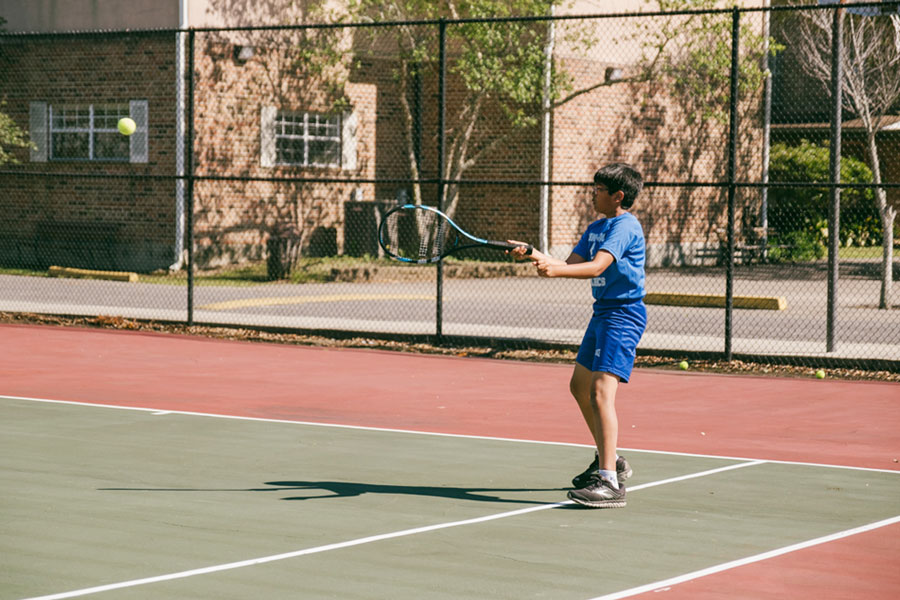 Tennis is a sport that has been played at Kehoe-France for many years. Our interscholastic team consists of two separate teams: a boys team and a girls’ team. Students from grade 5 through grade 7 are encouraged to attend tryouts for the teams. The season lasts approximately three months, beginning after Mardi-Gras. Within our games, we play an average of four doubles teams, usually with the girls playing two days a week, and the boys playing two days a week. During our pre-season training, each player is taught all of the rules of the game so they are able to call their matches without assistance. Instead of the typical two or three-set matches, students at this age play one 8-game pro-set. There is also a great deal of time spent on skill development covering all of the different strokes (forehand, backhand, volleys, and overheads), as well as the different positions on the court. There is also a strong emphasis on proper serving skills. Our season culminates with a week-long tournament where each doubles team plays against numerous other schools in the hopes of being the final team standing at the end of the week.

For children ages 3 to 5
Learn More →

It’s graduation time for our KF Kindergartners a

Friday was the annual 7th grade Fair and Sliming!

Thank you April Indovina and KK Jenkins for an inc

Come work with us! @kehoefranceschool is hiring ad

It’s graduation time for our KF Kindergartners a

Friday was the annual 7th grade Fair and Sliming!

Thank you April Indovina and KK Jenkins for an inc